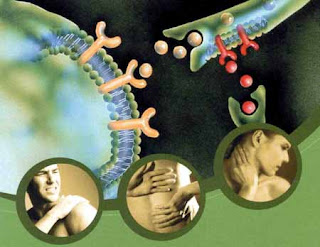 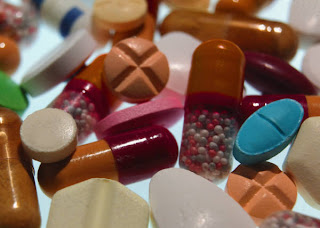 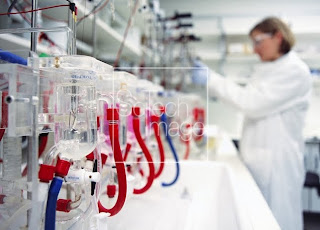 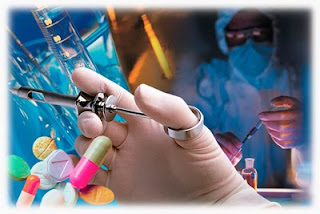 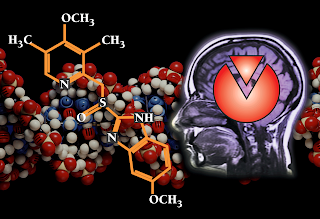 Ancient pharmacology
Using plants and plant substances to treat all kinds of diseases and medical conditions is believed to date back to prehistoric medicine.

The Kahun Gynaecological Papyrus, the oldest known medical text of any kind, dates to about 1800 BCE and represents the first documented use of any kind of medication. It and other medical papyri describe Ancient Egyptian medical practices, such as using honey to treat infections.

Ancient Babylonian medicine demonstrate the use of prescriptions in the first half of the 2nd millennium BC. Medicinal creams and pills were employed as treatments.

On the Indian subcontinent, the Atharvaveda, a sacred text of Hinduism whose core dates from the 2nd millennium BCE, although the hymns recorded in it are believed to be older, is the first Indic text dealing with medicine. It describes plant-based medications to counter diseases. The earliest foundations of ayurveda were built on a synthesis of selected ancient herbal practices, together with a massive addition of theoretical conceptualizations, new nosologies and new therapies dating from about 400 BCE onwards. The student of Āyurveda was expected to know ten arts that were indispensable in the preparation and application of his medicines: distillation, operative skills, cooking, horticulture, metallurgy, sugar manufacture, pharmacy, analysis and separation of minerals, compounding of metals, and preparation of alkalis.

The Hippocratic Oath for physicians, attributed to 5th century BCE Greece, refers to the existence of "deadly drugs", and ancient Greek physicians imported medications from Egypt and elsewhere.

The first drugstores were created in Baghdad in the 8th century CE. The injection syringe was invented by Ammar ibn Ali al-Mawsili in 9th century Iraq. Al-Kindi's 9th century CE book, De Gradibus, developed a mathematical scale to quantify the strength of drugs.

The Canon of Medicine by Ibn Sina (Avicenna), who is considered the father of modern medicine, reported 800 tested drugs at the time of its completion in 1025 CE. Ibn Sina's contributions include the separation of medicine from pharmacology, which was important to the development of the pharmaceutical sciences. Islamic medicine knew of at least 2,000 medicinal and chemical substances.

Medieval pharmacology
Medieval medicine saw advances in surgery, but few truly effective drugs existed, beyond opium and quinine. Folklore cures and potentially poisonous metal-based compounds were popular treatments. Theodoric Borgognoni, (1205–1296), one of the most significant surgeons of the medieval period, responsible for introducing and promoting important surgical advances including basic antiseptic practice and the use of anaesthetics. Garcia de Orta described some herbal treatments that were used.

Modern pharmacology
For most of the 19th century, drugs were not highly effective, leading Oliver Wendell Holmes, Sr. to famously comment in 1842 that "if all medicines in the world were thrown into the sea, it would be all the better for mankind and all the worse for the fishes".

During the First World War, Alexis Carrel and Henry Dakin developed the Carrel-Dakin method of treating wounds with an irrigation, Dakin's solution, a germicide which helped prevent gangrene.

In the inter-war period, the first anti-bacterial agents such as the sulpha antibiotics were developed. The Second World War saw the introduction of widespread and effective antimicrobial therapy with the development and mass production of penicillin antibiotics, made possible by the pressures of the war and the collaboration of British scientists with the American pharmaceutical industry.

Medicines commonly used by the late 1920s included aspirin, codeine, and morphine for pain; digitalis, nitroglycerin, and quinine for heart disorders, and insulin for diabetes. Other drugs included antitoxins, a few biological vaccines, and a few synthetic drugs. In the 1930s antibiotics emerged: first sulfa drugs, then penicillin and other antibiotics. Drugs increasingly became "the center of medical practice".[24]:22 In the 1950s other drugs emerged including corticosteroids for inflammation, rauwolfia alkloids as tranqulizers and antihypertensives, antihistamines for nasal allergies, xanthines for asthma, and typical antipsychotics for psychosis. As of 2008, thousands of approved drugs have been developed. Increasingly, biotechnology is used to discover biopharmaceuticals.

In the 1950s new psychiatric drugs, notably the antipsychotic chlorpromazine, were designed in laboratories and slowly came into preferred use. Although often accepted as an advance in some ways, there was some opposition, due to serious adverse effects such as tardive dyskinesia. Patients often opposed psychiatry and refused or stopped taking the drugs when not subject to psychiatric control.

Governments have been heavily involved in the regulation of drug development and drug sales. In the U.S., the Elixir Sulfanilamide disaster led to the establishment of the Food and Drug Administration, and the 1938 Federal Food, Drug, and Cosmetic Act required manufacturers to file new drugs with the FDA. The 1951 Humphrey-Durham Amendment required certain drugs to be sold by prescription. In 1962 a subsequent amendment required new drugs to be tested for efficacy and safety in clinical trials.

Until the 1970s, drug prices were not a major concern for doctors and patients. As more drugs became prescribed for chronic illnesses, however, costs became burdensome, and by the 1970s nearly every U.S. state required or encouraged the substitution of generic drugs for higher-priced brand names. This also led to the 2006 U.S. law, Medicare Part D, which offers Medicare coverage for drugs.

As of 2008, the United States is the leader in medical research, including pharmaceutical development. U.S. drug prices are among the highest in the world, and drug innovation is correspondingly high. In 2000 U.S. based firms developed 29 of the 75 top-selling drugs; firms from the second-largest market, Japan, developed eight, and the United Kingdom contributed 10. France, which imposes price controls, developed three. Throughout the 1990s outcomes were similar.
Pharmacokinetics
Pharmacokinetics, sometimes abbreviated as PK, (from Ancient Greek pharmakon "drug" and kinetikos "to do with motion"; see chemical kinetics) is a branch of pharmacology dedicated to the determination of the fate of substances administered externally to a living organism. In practice this discipline is applied mainly to drug substances, though in principle it concerns itself with all manner of compounds ingested or otherwise delivered externally to an organism, such as nutrients, metabolites, hormones, toxins, etc.
Pharmacokinetics is often studied in conjunction with pharmacodynamics. Pharmacokinetics includes the study of the mechanisms of absorption and distribution of an administered drug, the rate at which a drug action begins and the duration of the effect, the chemical changes of the substance in the body (e.g. by enzymes) and the effects and routes of excretion of the metabolites of the drug.

Medicinal chemistry
Medicinal chemistry or pharmaceutical chemistry is a discipline at the intersection of chemistry, pharmacology, and biology involved with designing, synthesizing and developing pharmaceutical drugs. Medicinal chemistry involves the identification, synthesis and development of new chemical entities suitable for therapeutic use. It also includes the study of existing drugs, their biological properties, and their quantitative structure-activity relationships (QSAR). Pharmaceutical chemistry is focused on quality aspects of medicines and aims to assure fitness for the purpose of medicinal products.
Compounds used as medicines are overwhelmingly organic compounds including small organic molecules and biopolymers. However, inorganic compounds and metal-containing compounds have been found to be useful as drugs. For example, the cis-platin series of platinum-containing complexes have found use as anti-cancer agents.
Medicinal chemistry is a highly interdisciplinary science combining organic chemistry with biochemistry, computational chemistry, pharmacology, pharmacognosy, molecular biology, statistics, and physical chemistry.
OptimizationAnother step in drug discovery involves further chemical modifications in order to improve the biological and physiochemical properties of a given candidate compound library. Chemical modifications can improve the recognition and binding geometries (pharmacophores) of the candidate compounds, their affinities and pharmacokinetics, or indeed their reactivity and stability toward metabolic degradation. A number of methods have contributed to quantitative metabolic prediction, and a recent example is SPORCalc[1].The quantitative structure-activity relationship (QSAR) of the pharmacophore play an important part in finding lead compounds, which exhibit the most potency, most selectivity, best pharmacokinetics and least toxicity. QSAR involves mainly physical chemistry and molecular docking tools (CoMFA and CoMSIA), that leads to tabulated data and first and second order equations. There are many theories, the most relevant being Hansch's analysis that involves Hammett electronic parameters, steric parameters and logP(lipophilicity) parameters.
Development
The final step involves the rendering the lead compounds suitable for use in clinical trials. This involves the optimization of the synthetic route for bulk production, and the preparation of a suitable drug formulation.